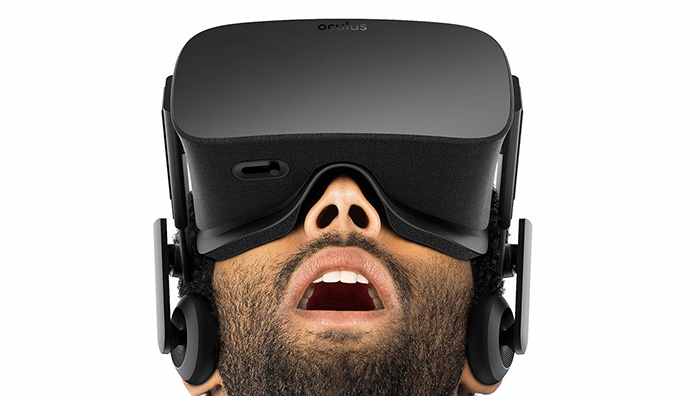 Virtual reality is no doubt an exciting technology, but it’s not without its skeptics. The doubters are right about some things, Oculus Rift creator Palmer Luckey says. The 22-year-old admits that the technology, as it exists today, is nothing more than a “pretty expensive, relatively primitive proof of concept.” But he’s sure that the promise of total immersion will one day be realized, perhaps without a clunky headset, too.

In a recent interview, Luckey was aked what he would say to someone who doubts the appeal of virtual reality. “First, I would have to ask them, ‘Have you tried it?’ If they haven’t tried it, the only response would be, ‘OK, we can’t have meaningful discussion until you’ve tried it,'” he explained. “Then we are both on the same playing field. We both understand what we’re talking about.”

For those who have tried virtual reality and still don’t think it’s going to be a big deal, Luckey said they will eventually change their minds as the technology gets cheaper and the quality of content improves.

“If they have tried and they still say, ‘No, this is never going to be interesting,’ I would say I think it’s just a matter of time, quality, and cost,” he explained. “Eventually, the cost will be so low and the quality will be so high, and the breadth of content will be so wide that it’s almost impossible to imagine anyone but the most diehard luddite saying, ‘I have no use for virtual reality.'”

Luckey listed off some potential uses of virtual reality that could appeal to almost anyone, including watching an NFL game, hanging out with friends, going on a “virtual vacation,” or watching movies. In addition, numerous times in our interview, Luckey mentioned his hope that virtual reality headsets will one day take the form of unthered glasses, not unlike what people wear today. He also believes that, eventually, virtual reality headsets–or glasses–will be available for free.

“I don’t expect everyone to be interested in VR as it is today, which is honestly a pretty expensive, relatively primitive proof of concept compared to where we want it to be, where science-fiction depicts it. But it is inevitable that it will become better.”

About the Oculus Rift

The first consumer model Oculus Rift headset, which comes with an Xbox One controller, launches in early 2016. Oculus has also created a unique controller called Oculus Touch. Pricing has not been officially announced, but Oculus has said you should expect to pay around $1,500 for an “all-in” setup.

Oculus was originally funded by the crowd through kickstarter.com and was later bought by Facebook for 2 billion dollars.