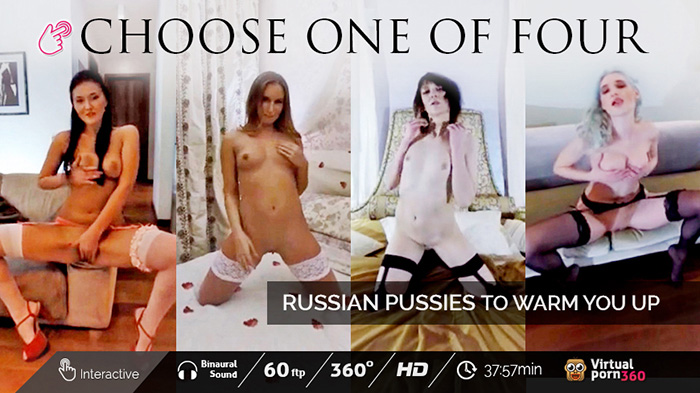 Get four hot Russian chicks to chose from. Pick any and get it on. Fuck them hard with your big VR dick. They are hot, willing and able to get you off. I promoise. Don’t believe me? Try them out it’s cheap, they always are those Russian girls. Don’t let Putin hear this. That we are calling them Russians cheap. But they are, check it out! END_OF_DOCUMENT_TOKEN_TO_BE_REPLACED

Have you ever been able to direct a Youtube video as it was playing? No? Well, now you can. In this video you can look around as if it was a webcam. But it’s not it’s a 360 degrees video shot with the GoPro Odyssey.

GoPro’s Odyssey comprises a rig packed with 16 GoPro Hero Black cameras, capable of capturing footage in stereoscopic 3D, and the film serves as a usual glimpse at the quality the new rig will offer when paired with Google’s Jump assembler pipeline, announced at Google’s I/O conference back in May. The combination of hardware and software is reportedly capable of producing stereoscopic (over-under) footage up to 8k x 8k (600 Mbit/s bitrate), which should ensure fidelity is up to the challenges posed by 360 filming.

Set around New York city, the film puts you at and in various landmarks throughout the area. The film is directed by New York born and bred photographer Neil Britto and takes you on an immersive journey exploring his favourite sights throughout the city. From stunning cityscape vistas to more intimate landmark scenes, the film demonstrates what a difference being surrounded by such scenes makes to a films power to engage the viewer.