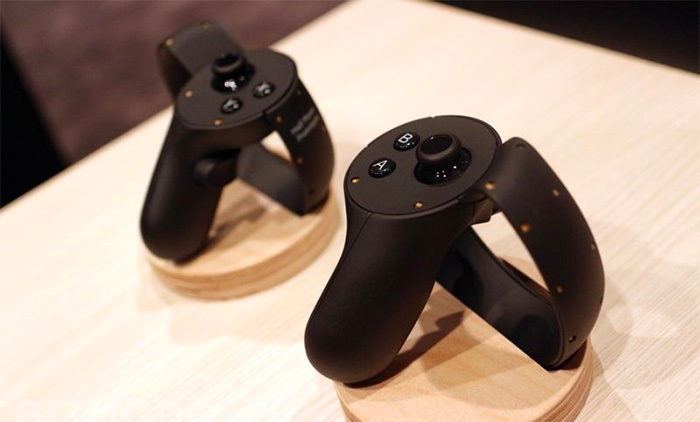 Oculus Touch is a pair of wireless controllers, one for each of your hands. Kind of like a Nintendo Wii Remote and its companion Nunchuk—except here, each controller is a mirror image of the other, and there’s no tether between them. They’re way the heck more accurate at detecting your movements, too. The Oculus Rift can tell exactly where they are in 3D space because they’re covered with little infrared LEDs that get picked up by the same infrared camera which tracks the Rift headset. END_OF_DOCUMENT_TOKEN_TO_BE_REPLACED